A rail journey fit for a king:

resemble rooms from the Palace of Versailles

Few commuters in Britain would describe their train journey to and from work as a pleasant experience.

Passengers have become used to overcrowded carriages, not to mention finding discarded newspapers,

Sweet wrappers or worse on the seats.

But some lucky commuters in France enjoy an altogether different ride, as these amazing pictures show.

Lavish: A commuter train serving Paris in France has been decorated in the colours of the Palace of Versailles in an impressive project 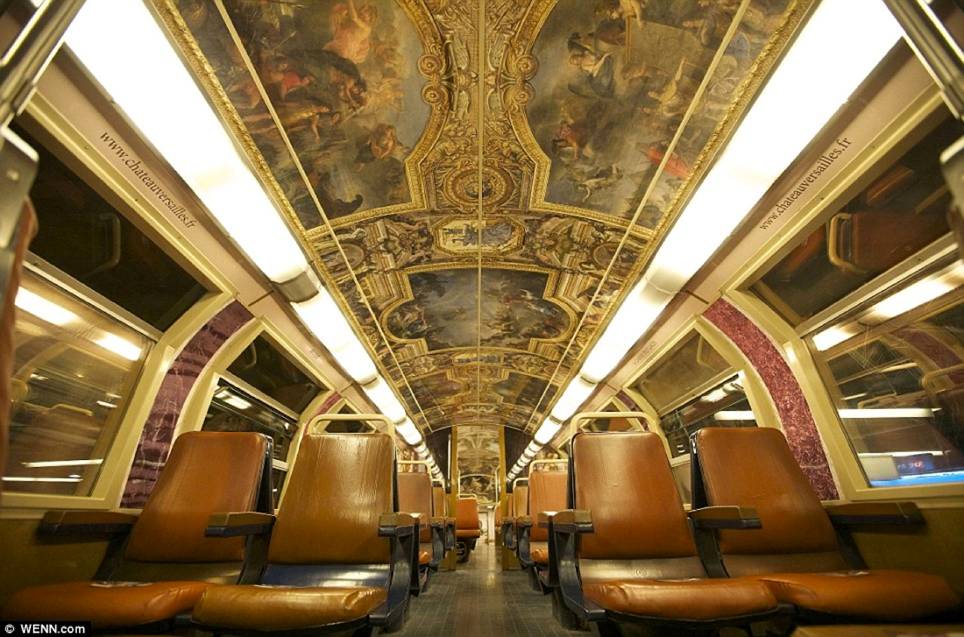 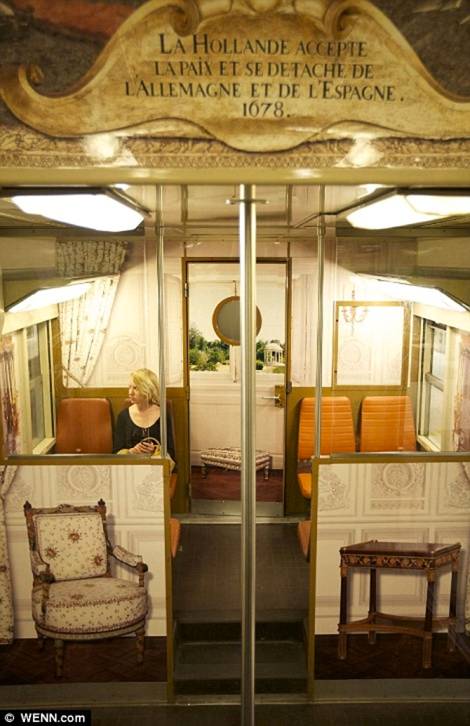 Incredible: The refurbishments mean that the train’s carriages resemble rooms from the royal palace 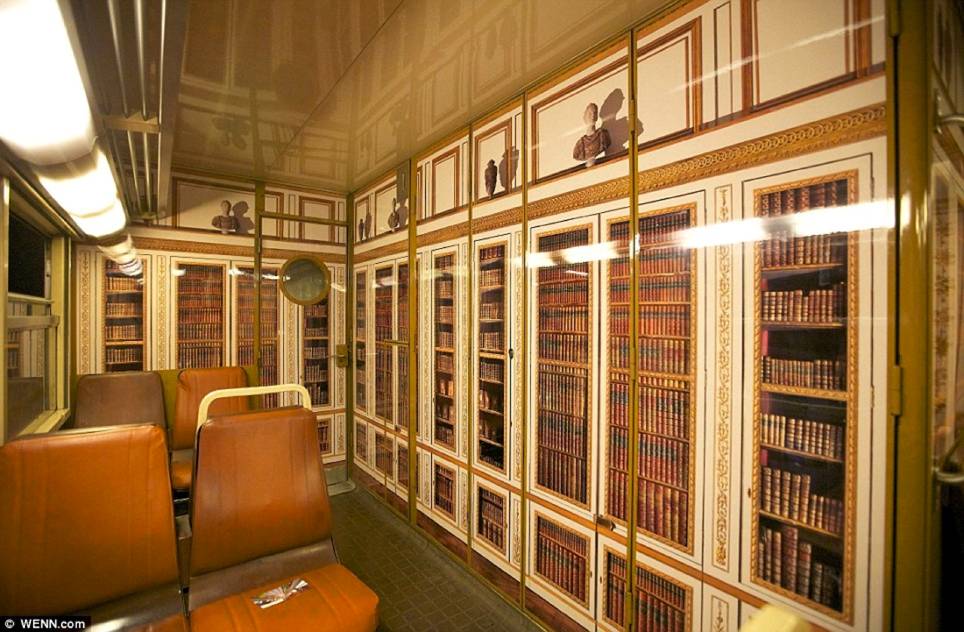 A train on the main rapid transit system in Paris, the RER, has undergone a dramatic refurbishment –

to resemble the rooms of a royal palace.

The train carries the colours of the Palace of Versailles, which was once the centre of political power in France .

And passengers who take a journey on the RER C line between the Palace, which is 20 kilometres south-west

of Paris , and the centre of the capital do so in lavish surroundings.

Ornate paintings and golden sculptures line the aisles and even the ceilings are intricately designed. Other

attractive improvements include the creation of a mock library in one of the carriages.

The refurbishments are designed to evoke memories of seven different areas of the royal chateau and its grounds, including the Hall of Mirrors, the Gallery of Battles and Marie-Antoniette’s estate. The changes, which were funded by the Palace of Versailles,

involved layering the interior walls of the train with a high-tech plastic film.

The refurbishments were carried out thanks to a deal between officials at the palace and rail operator SNCF.

Versailles was the centre of political power in France from 1682, when King Louis XIV moved from Paris,

until the royal family was forced to return to the capital in October 1789 during the French Revolution.

Striking: An image of a statue from the palace grounds looks down on passengers

Splendid: Ornate images can be found on the back of comfortable seats

Colourful: Giant scenes from Versailles have transformed the appearance of the train, which runs on one of Paris ‘s main commuter route

Enormous: Branches sprawl across the ceiling of the carriage in this huge painting

Powerful imagery: The train carries the colours of the Palace of Versailles, which was once the centre of political power in France

Beauty: A golden statue is reflected in a glass mirror on the train

Reflections: The refurbishments are designed to evoke memories of seven different areas of the royal chateau and its grounds

Booking details: Passengers can take their place alongside an amazing display which resembles a library

Vibrant: A once-dull door on the train has been transformed with bright red and pink colours 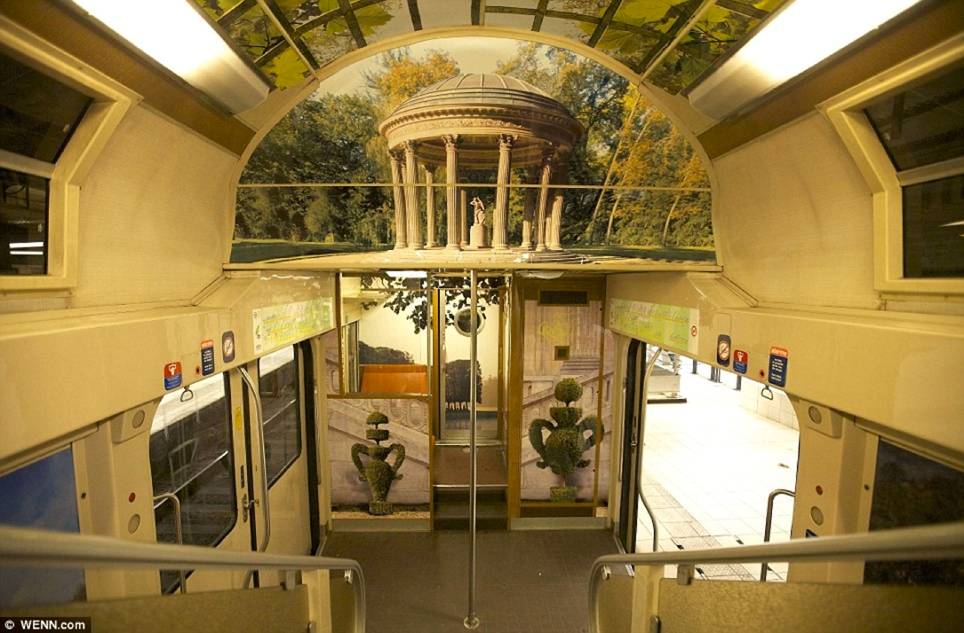 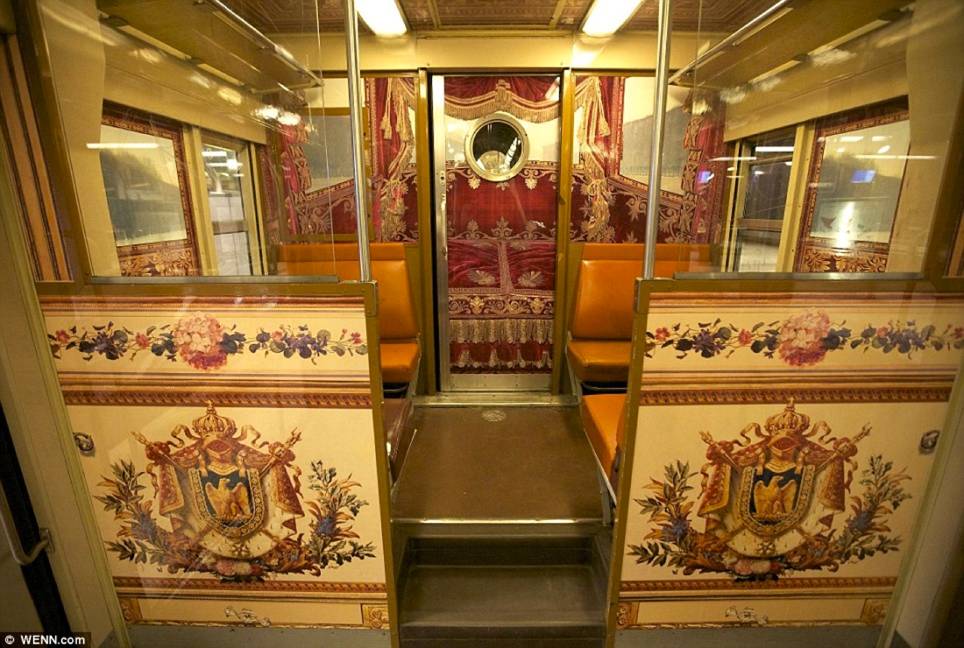 Facelift: The changes, which were funded by the Palace of Versailles, are the result of a deal between officials at the palace and rail operator SNCF

Swirls: Another decorative ceiling design based on furnishings from the Palace of Versailles 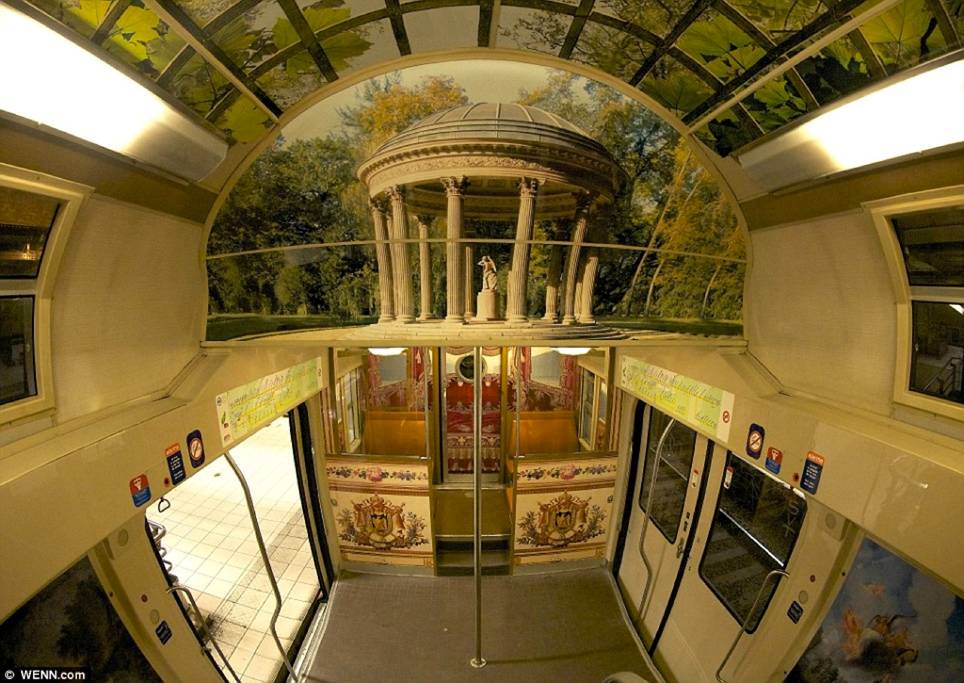 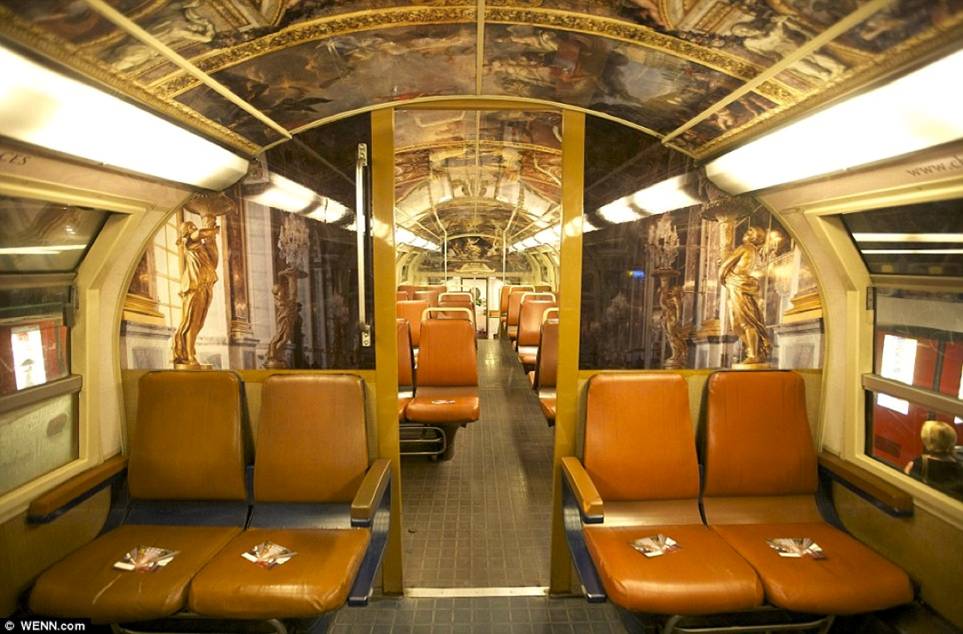 Unexpected: The exterior of the train gives few clues to the incredible displays found inside 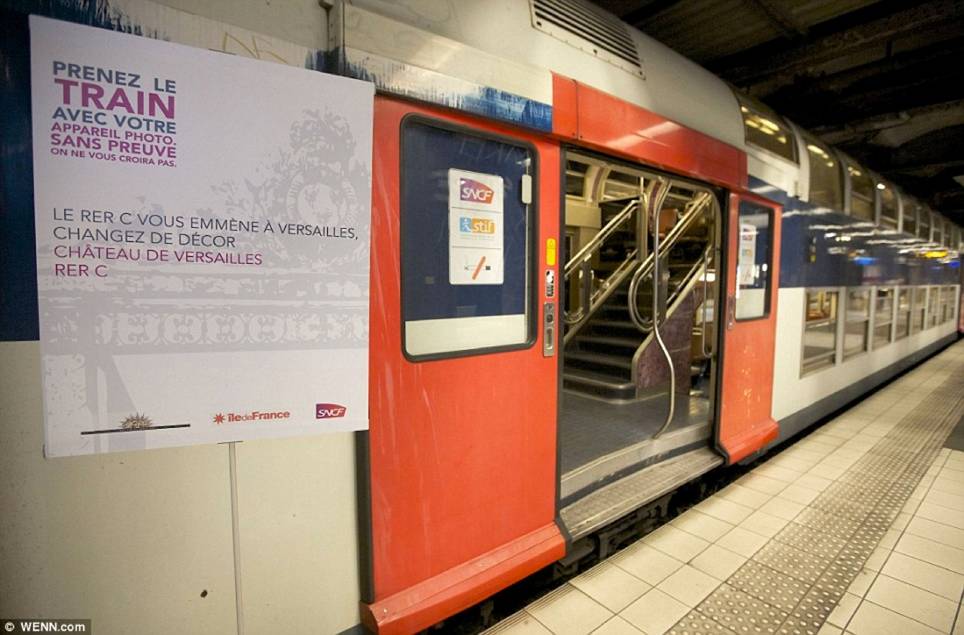 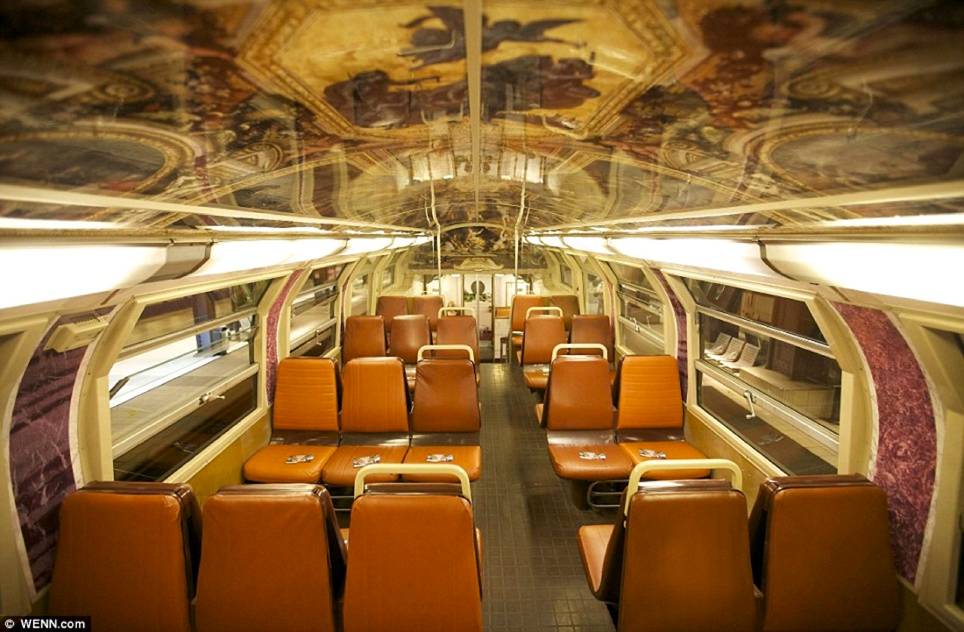