How is it possible to forget and forgive?

Ten years ago, 60 years after Pearl Harbor, a foreign country attacked America in open air.  Striking loud and hard, in the most unpredictable way:  The terrorist way.

My eyes roll in water since the beginning of the ceremonies this morning.  As the Memorial itself, water comes down my cheeks.  I did not lost personally someone in that tragedy, but I could relate to it.  Flight 93 that was sent to the grown by some courageous passengers really touched me.  They knew they were Kamikaze, that they would die.  Some called home to say goodbye to their loved ones.  What would we have done if in the same situation?

NY Firefighters were way above their bravery and courage level.  More than 300 died that day.  Policemen also.  Men of service and honor. Soldiers of Fortune.

Some miracles came out of it.  A widow with two young children recalls how she was miraculously cancer-free, her lung spot literally fade away,  and she believes that it’s her husband, Kevin, who did that to make sure his kids would not be left alone.

That’s how heroes are revealed.  It’s an all-time story.  Respect. 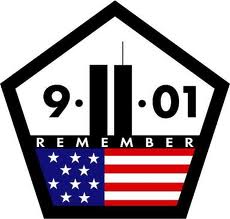