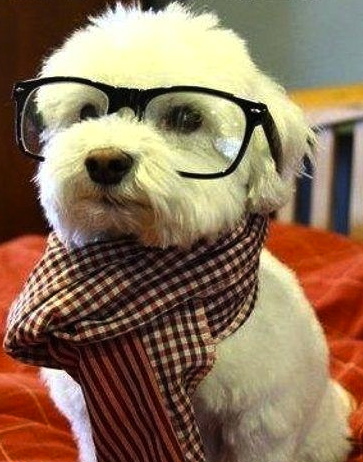 1. Michael Jackson’s music video for “Thriller” has been seen by more than 4 billion people since its release.

2. 49% of Americans start their day with cereal.

5. Sleeping allows your brain’s synapses to be optimized and prevents your brain from becoming too large.

7. People are more likely to remember the first and last things they read on a list than anything else.

8. Repeatedly hitting something until you get it to work is actually called “percussive maintenance.”

9. People in relationships have a tendency to be meaner to single people.

10. Women end up digesting most of the lipstick they apply.

12. Sometimes people use insults as a way of flirting. Pretending to hate someone they actually desire to be with.

13. Standing while doing work on the computer increases your productivity and will make you more focused.

14. Drinking water after eating reduces the acid in your mouth by 60 percent.

15. In Los Angeles, there are fewer people than there are cars.

18. You are less likely to experience a nightmare when sharing your bed with someone you trust.

19. In the UK you are legally required to stop if you run over a dog, but not a cat.

20. 36 human hearts could fit inside a giraffe’s heart.

21. 10-15 minutes of jump roping can burn over 200 calories. This makes jump roping one of the best and efficient forms of cardio.

22. The simple past tense version of the word “dare” is “durst.”

23. The people with the highest IQ’s are the most likely to use drugs.

26. A honey badger’s skin is so thick, they can withstand multiple machete strikes, arrows and spears.

27. Disney World is actually larger than 17 other countries.

28. America is losing half a million jobs to China every year.

29. 42% of the raw chicken you purchase at the supermarket is contaminated with bacteria that causes food poisoning.

31. Men have nipples because everyone is a female until the Y chromosome kicks in. You were all girl embryos!

32. One cigarette contains enough toxic ingredients to possibly kill a person if those ingredients were directly injected into bloodstream!

33. Sarcasm decreases cortisol, a chemical linked to stress and depression.

35. After the Disney movie “Princess and the Frog” came out, more than 50 children were hospitalized with salmonella from kissing frogs.

36. Scientists say, spending too much time indoors can ruin your eyesight and weaken your immune system.

37. Because the surface of the moon has no wind or water, an astronaut’s footprint could last for millions of years.

40. 350 slices of pizza are sold every second in America.

42. When baby monkeys are born they grab their mother’s legs and pull themselves out.

43. Dr. Suess actually cheated on his wife while she was sick with cancer for 13 years – When she killed herself, he married the mistress.

45. A “Panther” isn’t a real animal. It is actually a term used to describe black cougars, jaguars and leopards.

46. Drinking cold water can help speed up your metabolism and assist in weight loss.

47. It would take 1,200,000 mosquitoes all sucking at the same time to completely drain the average human of blood.

48. Memories can be strong enough to invoke the exact emotions a person felt when the experience originally happened.

49. Your immune system destroys at least one cell every day that would have become cancer if it lived.

50. Organic and nutritious food actually costs about 10 times as much as candy and junk food.

51. The pattern of your heart beat changes to mimic the type of music of music you’re listening to.

53. Applying lemon juice onto freckles fades them, and can even make them disappear.

54. There’s a village in Nebraska with a population of 1. She acts as mayor and also pays taxes to herself.

55. Playing video games can reduce your nightmares, because gamers “resolve threats” during game play instead of in their dreams.

57. Chocolate can kill dogs; it directly affects their heart and nervous system.

59. Apple has enough cash on hand to buy a space station.

61. Mixing coffee, black tea, and milk to create a drink is popular in Hong Kong.

62. The world’s strongest beer contain 32% alcohol and is called the “Tactical Nuclear Penguin”.

63. Pushing your tongue against the roof of your mouth will cure you of brain freeze.

65. A “feral child” is a human who has been raised by animals – There have been more than 100 documented cases of this so far.

66. A hacker group named UGNazi once completely disabled the Papa Johns website because their pizza was 2 hours late.

67. Salty and spicy snacks can be used as antidepressants. The pleasure centers in your brain make you crave them more.

68. The only vegetable that is never sold frozen, canned, processed, cooked, or in any other form but fresh is lettuce.

70. A ripped dollar bill still has its face value, as long as the remaining piece is larger than half.

71. The left side of the human face appears better looking and more attractive than the right.

72. The Power Puff Girls were originally based off of the three good fairies from Sleeping Beauty.

73. Depression can cause you to dream up to 3-4 times more than normal.

76. Cats spend nearly 1/3 of their waking hours cleaning themselves.

78. Vampire bats are the only mammals in the world that live entirely on blood.

79. Every month, approximately nine out of 10 American children visit a McDonald’s restaurant.

80. Cursing after hurting yourself can help reduce the amount of pain you feel by up to 50%.

81. If you make more than about $75,000 a year, money can buy happiness, according to a study carried out at Princeton University!

82. Wolves have about 200 million scent cells. Humans have only about 5 million.

84. An estimated 27 million adults and 13 million children around the world are victims of human trafficking.

86. Statistically, men are better than women at detecting a cheater.

87. Consumption of soda and other sugary beverages is linked to 180,000 deaths a year worldwide.

88. Hollywood stars actually sniff powdered vitamin B when you see them sniffing cocaine in the movies.

89. Studies show that people who overthink tend to create problems for themselves that weren’t there to begin with.

90. The human brain can only stay focused on one task or person for 7-10 minutes before they lose.

91. Steve Irwin caught a venomous snake when he was only 8 years old.

92. During the Middle Ages, being a bad musician was a public offense and lousy musicians were tortured.

93. There is a hotel in Japan that has been run by the same family for 46 generations and nearly 1,300 years.

94. There are about 1 trillion bacteria on each of your feet.

96. 80% of people check their smartphones within 15 minutes of waking up.

97. Records show that every year, Oprah Winfrey earns about $385 million, which is over $1 million a day!

98. A prison in Brazil allows inmates to pedal on exercise bikes to power lights in a nearby town in exchange for reduced sentences.

99. There were 42 known assassination attempts on Adolf Hitler.