This week’s photo celebrates the opening of Roland Garros (the French Open) with a photograph of Lili de Alvarez.

Born in 1905, Alvarez was a Spanish tennis champion as well as a feminist and writer. A natural born competitor, she was 14 when she won her first tennis championship. During the 1920s Alvarez rose to fame, reaching three consecutive singles finals at Wimbledon between 1926 and 1928 and winning the singles title at the Italian Championships in 1930.

In this photograph, taken at le Stade de Roland Garros in 1931, she flaunts the avant-garde divided tennis skirt that was created by Italian designer Elsa Schiaparelli. Upon first wearing it at Wimbledon in 1931, Alvarez shocked the tennis world, but this split skirt was in fact a precursor to shorts.

Elsa Schiaparelli – an avant-garde flamboyant fashion designer who invented the name « shocking pink » for the fushia pink we are now wearing –  was grandmother to Marisa Berenson.

A great Lady with a lot of style and nice perfumes that still traces her immense talent. 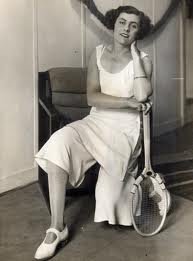 Here is a bit of Elsa.  But I’ll come back to her soon.  She is totally worth a full blog! 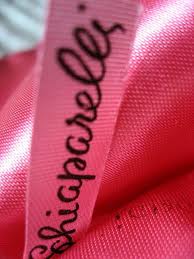 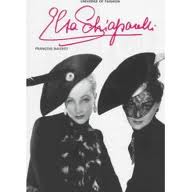