She is just amazing.  Curious.  Interesting person.  Oh so lively.

Her blog « Trouvailles du Jour » is a gold mine for everyone looking for the unexpected in all subjects.  A true journalist, a writer and much much more.  Correspondant to The Huffington Post, yes Sir!

She just mentioned this book full of surprises which reconciliate me with Roitfeld that has a huge buzz around her all over NY now and that I usually find boring with a pissed-of grin, like the model she used to be before becoming an icon of chic and design.  The opposite of sunny Inès…

I must admit I will buy the book.  If Carl and Tom and Ralph and Anna see her in their soup- potage I should say –  there must be something there (said I to myself).

Here is an avant-goût of that new book, as posted today on Eve’s page.  Thank you!

This stunning book – so elegant, so chic, so Carine – is a visual history of the former French Vogue editor’s fearless career. As she herself comments, « I love violating the codes of bourgeois elegance » and this book demonstrates her talent for being a subversive instigator, known for pushing the limits.

Featuring a selection of 250 magazine tear sheets and covers from editorial shoots and advertising campaigns, as well as intimate ephemera, this inspiring book gives an inside view into Roitfeld’s creative thought process and audacious sensibility.
Irreverent is published by Rizzoli New York.

Here are some excerpts from the book.
© Carine Roitfeld: irreverent, Rizzoli New York, 2011 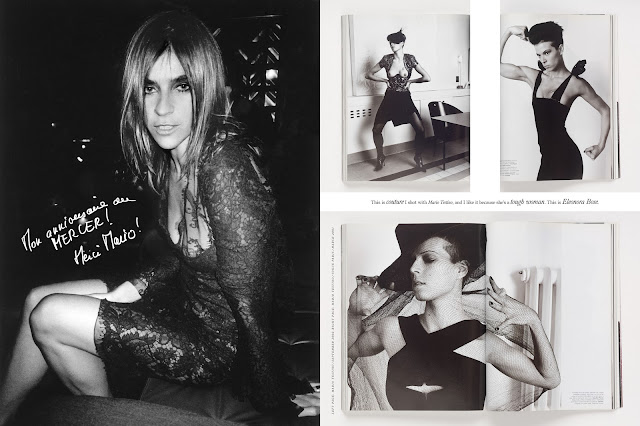 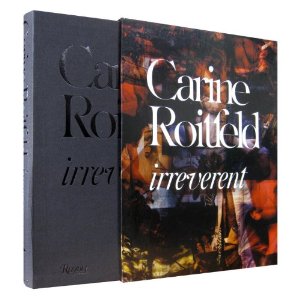