NEW YORK, United States — At a news conference Monday morning, livestreamed on YouTube and emceed by the actress Anne Hathaway, Valentino Garavani and long-time business partner Giancarlo Giammetti unveiled the Valentino Garavani Virtual Museum, a downloadable desktop application that showcases almost five decades of the designer’s work, drawing on a database of over 180 videos and 5000 images, including Valentino’s original sketches. A fashion first, the digital museum invites users to navigate a series of immersive galleries, organised by theme and rendered in 3-D, that in the physical world would stretch over 10,000 square meters.

Funded entirely by Mr. Giammetti and Mr. Garavani at a reported cost of several million dollars, the virtual museum, which is free to access, serves no direct commercial purpose — the duo no longer have a financial stake in the Valentino business, which is owned by private equity firm Permira — and exists for the sole aim of securing the designer’s legacy.

But the Valentino museum launch comes at a significant moment for the industry. Public interest in fashion exhibitions is surging. This summer’s record-breaking Alexander McQueen exhibition at The Metropolitan Museum of Art attracted over 650,000 visitors. Meanwhile, big luxury brands like Louis Vuitton, Chanel and others are moving to control and communicate their heritage by staging large-scale exhibitions at major museums in emerging markets. Gucci has even opened a private museum of its own in the heart of Florence.

While lacking some of the inherent experiential value that comes with exploring a physical space, the Valentino virtual museum offers obvious advantages in terms of cost and reach — no small points in the context of today’s globalised and uncertain economy — and the initiative’s strengths and weaknesses are sure to be examined closely by other fashion brands in the weeks and months to come. 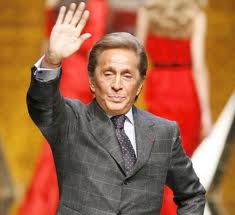 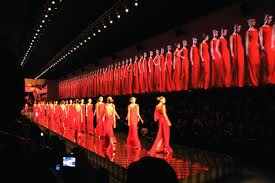