Madame has ceased to love her husband.  It is evident and very sad to see, and I don’t even know them.  They are sitting in a restaurant eating their dinner in silence.  The restaurant could have taken its menu from a book on solid French cuisine, offering the great staples of the table: cassoulet, moules marinières, blanquette de veau, boeuf bourguignon. He is having a coq au vin, she the mussels.  The food is good. They eat.

A word emerges now and then, from her, from him, but no conversation.  This is so unlike the French, especially Parisians, who are voluble always and especially so over a good meal like theirs.  Breaking bread for them is not grounds for simply eating, but for mutual entertainment, for companionship.  The etymology of companion in English and compagnon in French is the same and means more or less the person with whom we eat our bread. Parisians know this from birth—or the family dining table—and it is as natural to them as breathing. Eating in silence is an unnatural act.

Monsieur and Madame are simply eating their food.  It would be nice to think they are tourists from some dour northern part of the world, but the waiter greeted them as regulars, and they answered him in Parisian French.  Perhaps you might conclude, and I might agree with you, that they are tired or perhaps just talked out—at least for this evening.  They are in their sixties, anyway, and have been married for many years.  Maybe they’ve had a fight.  As Jacques Brel sang in La chanson des vieux amants many years ago, Bien sûr, nous eûmes des orages, and he was only singing about a twenty-year love affair, but of course, we’ve had our storms, all of us.  Still and all, there is no tension between them, no leftovers from a quarrel that project themselves across the dining room or even their table, and besides how many Parisian couples after a fight would go out to eat in a neighborhood bistrot under the eye of a familiar waiter?  Even Parisians, certainly, can fall silent from time to time for no particular reason, and—after how many years? thirty? forty?—taking a breather now and then does no harm.

This could be the beginning and the end of it, except for one piece of evidence that indicts Madame for lovelessness.  It is a touch comic, but sad, like the best circus clowns, and even sadder because this is not a performance, and the clown always knows what he is doing to evoke the contradictions of laughter and melancholy.

Monsieur does not.  He wears a hairpiece.  It must have been fitted years ago, but since that time he has lost more hair below the crown at the back of his head.  When he gets up in the morning and puts on his rug, he probably aligns the front as he always has—carefully, just so, always in the same place above his forehead: perhaps he has measured the distance from his eyebrows so he knows where the front should be placed and battened down.  But he does not know this leaves a gap of two or three centimetres between the hard edge where the toupee ends and the slightly ragged and curved line where his remaining hair begins.

Those two or three centimetres, about an inch, may not be much if we are considering the expansion of the waistline or the width of the foot with age: too bad, but who really notices or cares?  But at the back of Monsieur’s head, the gap looks as big and empty as a football pitch, a movie screen, the beach at low tide.  And I think Madame has ceased to love him because the loss of the hair, the ripping of the seam between la perruque and les cheveux, could not have happened overnight any more than a glacier shrinks a kilometre in a day or two.  It makes me wonder how long it has been since the first bright line of white scalp appeared—and how long Madame has held her peace about his piece.  A couple of years?  Five or six?  Long enough. Too long.

Monsieur does not know, but everyone else does.  He is probably retired—the French retire young—but he must go out to restaurants, to the boulangerie around the corner for bread, to visit friends, to walk around the neighborhood, and chez le coiffeur to get his hair cut.  Is there a conspiracy of silence about his hairpiece?  Perhaps his friends and neighbors would feel uncomfortable saying, Well, mon vieux, time for a new rug, and the clerks in the stores would think it impolite to say anything at all.

But his barber?  Has Madame bribed the hair cutter?  Certainly, Monsieur would be bad advertising for le coiffeur if (or rather when) he was seen emerging from the salon with his bizarre bald spot.  That makes no sense.  But, ah, there is another way.  They are frugal—saving was no doubt Madame’s idea once they retired—and she cuts his hair.  No conspiracy and no embarrassment.  She owns his silly bald spot, her comic, dejected two or three centimetres of power over him.

If he rules the roost at home in matters of politics or where they will take a vacation or what they will have for dinner, she knows he’s not the cock of the walk.  He may grow as serious, even oracular, as he wants—French men have a knack for this kind of delivery—but he might as well be making a speech about la grandeur of France with his fly open: the audience notices one thing, only one, and that is his sad absurdity.

I wonder what has made Madame cease to love her husband and, worse, to make him a second-rate clown in the eyes of others—bad enough that he is one in her eyes.  Who could possibly tell?  One slight or a lifetime of them?  Infidelity?  Bad breath?  Or just indifference?  Too many possibilities without any probability of a good answer.  Let it be.

That’s what I do.  But I am nagged by culture.  This should not happen in Paris, this sad marital state of affairs—maybe in a Canadian village or a dark Norwegian town, not Paris.  Paris is a city for lovers.  Paris is a place to fall in love, be in love, stay in love, despite the storms, and where we can make love over dinner—and do, even if we are old and losing our hair.  I don’t want to feel lovelorn, even vicariously.  I want to believe that the chorus of Brel’s lovely song about old lovers is the truth, that “from light of dawn until the end of day, I love you still, you know, I love you.”

Maybe, I hope, I will see a couple on the street outside, not young, but with their arms around one another, walking under the trees in the glow of the street lights, carrying flowers and a bottle of wine.  The street is empty, except for me.  Maybe tomorrow all our luck and love will be better.  Maybe tomorrow I’ll have a good laugh at the expense of Monsieur. Or maybe tomorrow I will laugh at Madame. 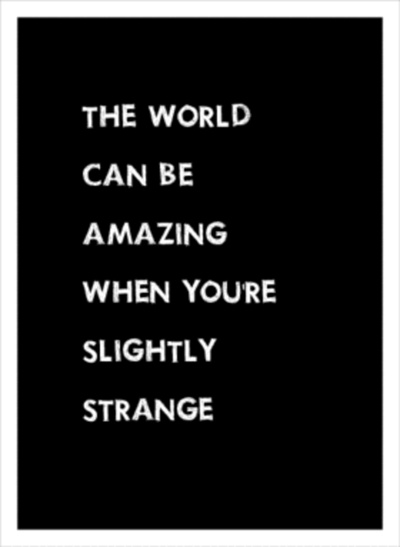