« Whatever comes, cannot alter one thing. If I am a princess in rags and tatters, I can be a princess inside.
It would be easy to be a princess if I were dressed in cloth of gold, but it is a great deal more of a triumph to be one all the time when no one knows it. »
— Frances Hodgson Burnett (A Little Princess)

This book made me dream for days. It was everything a book should be:  dramatic and passionate, a little sad and full of adventures.   A story that finishes well, as the ones in fairy tales.

It was also the time when I was in « Les malheurs de Sophie » and all the other Contesse de Ségur books.

And to read in English was a big step too.  My dad offered the book one summer, while vacationing in Maine, and was so proud to see I understood and asked questions when in doubt.

I was about 10 years old I guess.  I too was a lonely child and I too went to a bording school, so I could relate in some ways.

Then, I saw the film with my grandfather, in Maine where he was raised and where we spent part of our summers.  A Saturday afternoon representation.  Although the film was made in the thirtys, I could relate to the marvelous Shirley Temple, I had seen most of her films anyways.  So, after making my own images in my head, there was the story as seen through the eyes of the Director.  I cried, but loved it as much as the book.

Children don’t know about her anymore.  The Little Princess is a Barbie doll now or a Disney character.  And their message is very different from the one above. 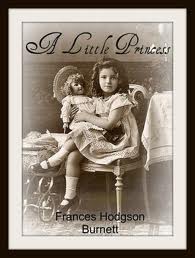 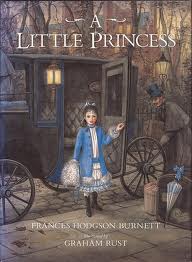 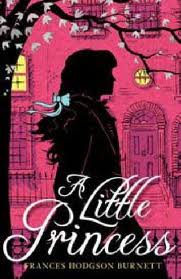 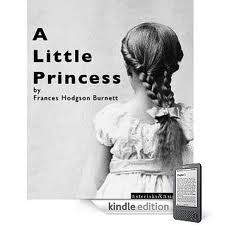 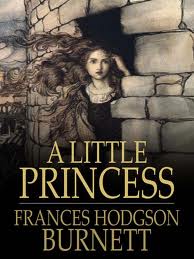