In real life, I don’t play… I work, read, study, cook, drive, sleep, walk, travel.  But I don’t play perse.  Golf, tennis, cards, name it:  I just don’t do play.  BUT…  I Pinterest.  That’s my way of playing.  So, for those of my friends who wonder why, here are a few reasons stated by Blogging Social Media. 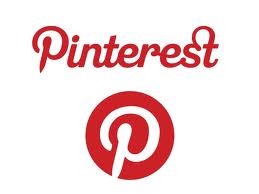 When it comes to social networks, Pinterest is the baby of the bunch. But this baby has matured more quickly than any other social network before it, quickly climbing the ranks and earning it a spot as the third more popular social network.

Even though Pinterest is new, it still contains a great deal of fun and exciting information. The following are 33 fun facts about Pinterest.

1.     Pinterest was launched in 2010 by Ben Silberman, Evan Sharp and Paul Sciarra.

9.     The average user will spend just over 15 minutes on Pinterest per visit.

11. It is found that Pinterest pins that contain pricing are repinned more often than those that don’t.

13. When a person shops from Pinterest, they spend twice as much money as they do while shopping from Facebook.

15. The most popular pin categories are crafts, recipes and quotes.

23. Pinterest was not expecting to become so popular so quickly, and in January 2011, the iPhone app crashed because it couldn’t handle the traffic.

32. If a company finds that their images have been placed on Pinterest and they don’t want them there, they can contact Pinterest and have them removed.