Mechanical engineer Norman E. Timbs created this dramatic streamliner in the 1940s which in many ways was the ultimate American hot rod. He designed and fabricated much of the project himself which included a custom aluminum body and steel chassis. It took him over two years to finish and the resulting chic roadster was good enough for cover of Motor Trend as well as features in Mechanix Illustrated, Popular Mechanics and Motor Life.

Leading up to this design, Mr. Timbs had worked as an Indy 500 designer on cars such as the Blue Crown Specials which won Indy several times. Mr. Timbs was no doubt influenced by the 1937 Auto Union Typ C Stromlinie and 1937 Mercedes-Benz W25 Avus Stromlinie which ran the 1937 Avus GP. His sensational shape was a very close approximation to these cars which ran the fastest GP race of all time nearing speeds of 248.40 mph (400 kph).

The body was nod to the German GP cars which at the time mimicked aeronautical practice. Norm’s design was free of the over indulgences such as huge chrome bumpers and large tail fins that eventually dominated American design. The streamliner’s chic elegance was a rarity in America, even if was outdated by post-war standards.

Today, the cars’s smooth shape is still as pleasing to the eye as it was in 1948. The boy is is long and low with a complete underbelly panel. With the engine occupying the rear of the chassis, the cockpit is pushed forward much like the Auto Union Typ D. In keeping with the aerofoil shape, no doors are cut out of the body. A large one-piece rear panel opens hydraulically to reveal the entire rear end of the chassis.

The car was based around a 1947 Buick “Super 8” engine which powered the 2200 lb car to 120 mph. The main chassis was built up from five-inch steel tubes which kicked up over the rear axle. To offer a smooth ride, a modified 1947 Ford suspension was utilized.

Road & Track reported that it took Mr Timbs 2 1/2 years to create the car at a cost of $10,000 USD. The body was created entirely in aluminum by Emil Diedt for $8,000 alone. The shape was formed by hand over a traditional wooden buck.

At first the Streamliner was only used on the show circuit until Jim Davis of California bought it in 1952. He used it in and around Manhattan Beach, California and let Motor Life photograph it for a feature article.

The car was discovered in the desert pretty much intact in 2002. It was bought at auction and restored by Dave Crouse at Custom Auto, Inc. in Loveland, Colorado for owners Gary & Diane Cerveny of Malibu, California. After its “complete and exacting” restoration, it debuted at the 2010 Amelia Island Concours d’Elegance in a class reserved for Motor Trend Cover Cars. 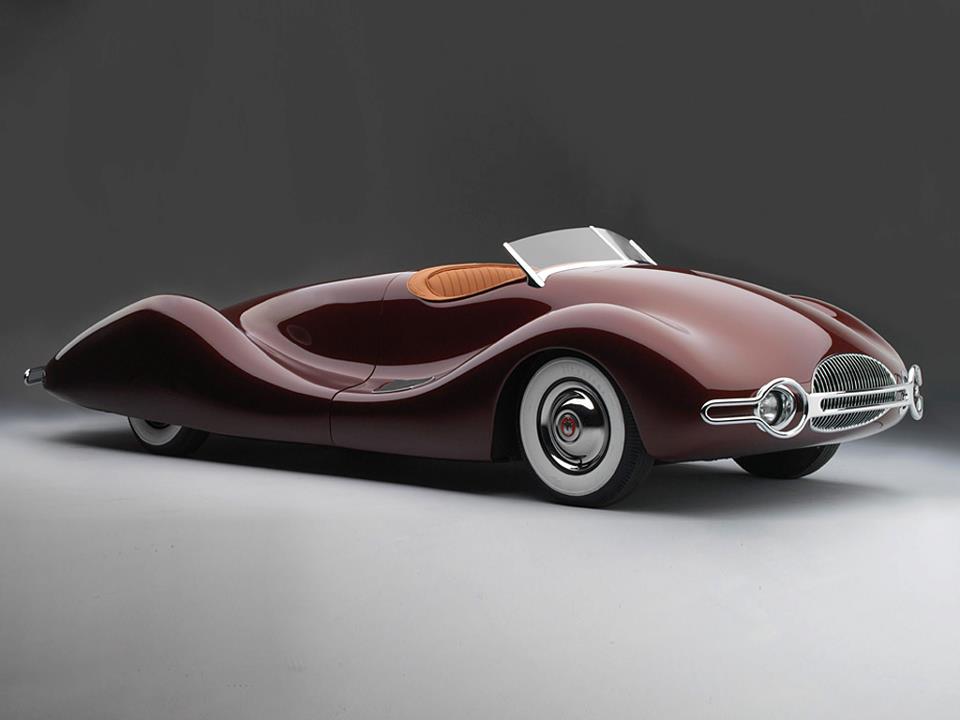