Sperm and Guts Recipes by Morimoto and Nobu When it comes to fish sperm, the answer is: swallow.

Last night at the Condé Nast Traveler Awards, Morimoto wouldn’t make a peep about The Next Iron Chef, laughing, « No. They’re going to sue me. » He wasn’t the least bit shy when we asked him about the most exotic fish he’s ever tried, though: « You know, fish brain and fish sperm, and of course, fish eyes. And fish guts and blood. » He even gave Grub a very helpful fish-guts recipe!

« Marinate with salt maybe a week, just make salt and chop with some fish we call shiokara. Yeah, it’s good with a drink. » Got that? Nobu Matsuhisa, big on eyeballs and guts, too, generously offered his personal sperm recipe. « Just quick boil, but it’s not cooked 110 percent. Sperm, you only use the fresh one; it’s almost eaten raw. » Speaking of fun times, Nobu says that besides the Nobu Hotel opening in Vegas next summer, his team is looking for more hotel locations … which will hopefully offer just basic room service. 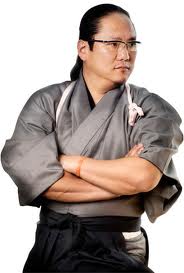